If you love jellybeans come sailing in Maine!
They’re everywhere! 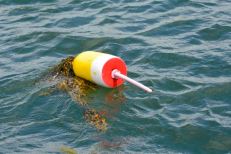 Someone took a gigantic bag, ripped it open, and threw it across the water. They’re beautiful and come in all sorts of colorful combinations and flavors.
Maine has 5000 miles of coastline and it is surrounded by jellybeans.
Many jellybeans have things called toggles attached.
That means when you think you are going between 2 jellies, you are not.
Look closely and they are different sizes, and often Not the same color.
The trickiest flavor of all is black licorice. 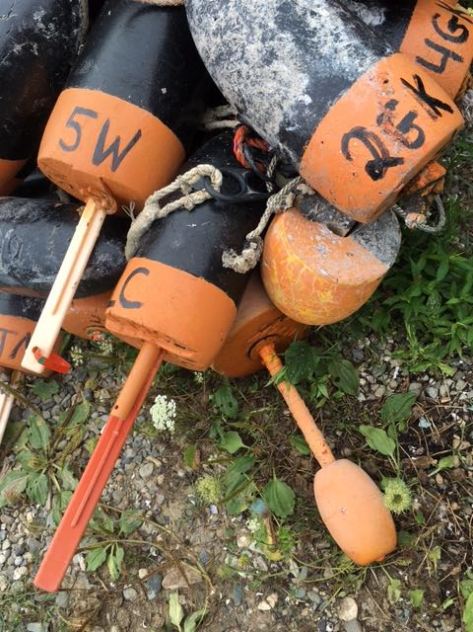 Difficult to see in full sun, but then take the sun away, add fog, high tide, and waves, and the black licorice could be swallowed.
Yesterday I heard someone talking to the Coast Guard about how they had a jellybean line stuck on their prop and needed help.
So far we’ve only tasted one, and by throttling into neutral, heading up and raising the daggerboard it slipped off but not before we dragged it 200 yards or more.
Sometimes both of us take a side to keep watch but we are getting better at going it alone.
It’s like a slalom course that is ever changing with colors that have no pattern except for an occasional string. And since we are driving a double wide, we have not just one but 2 chances for catching a jelly! It’s not surprising the super yachts are not up here hanging out anymore. The jellies have multiplied and the captains don’t want the hassle.

As for what lies beneath, the lobsters are plentiful and they love this environment.
The fishermen throw back small lobsters, the very large ones, and mommies with eggs. Lobsters migrate close to shore in the summertime as the water is warmer and they eat crabs, shellfish, and have only a few natural enemies that include the Wolf Fish, Beluga Whales and tourists.

We love watching the lobster fishermen and women hauling and weaving in and out of their own maze of jellies. 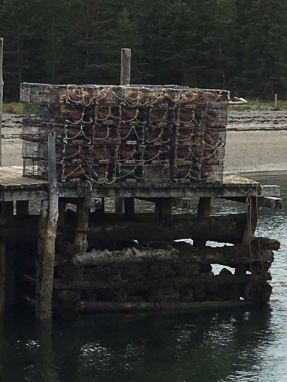 Did you know in the old days we were not allowed to serve lobster more then twice a week to prisoners as it was considered inhumane? They were considered bugs. Now just mention lobster with melted butter and presidents, kings, queens, and everyone without an allergy to shellfish drools.

Every restaurant has lobster on the menu and it has been an independent study of mine to find the best recipe and dish.
So far the club sandwich and plain old steamed lobster have been favorites. The Lobster rolls are served everywhere. Placed on toasted buns they vary in style and I need to try more before I can declare a winner.

If you want to read good books about lobsters check out The Lobster Chronicles written by Linda Greenlaw, and The Rusticators.

We had a wonderful week with the OCC Ocean Cruising Club cruising to different islands and harbors and making new friends. We’ve also been visiting friends and family and even had a chance to raid Martha Stewarts garden one night by flashlight! We felt like Peter Rabbit with Mr. McGregor lurking. 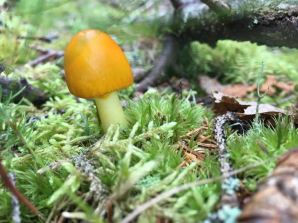 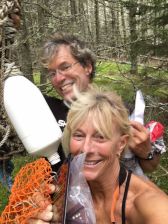 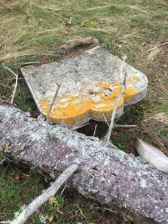 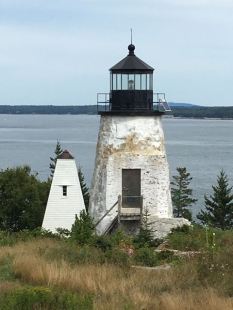 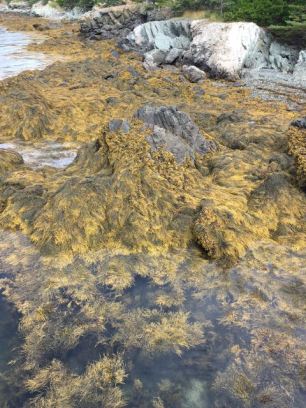 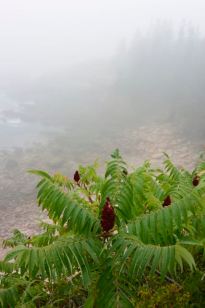 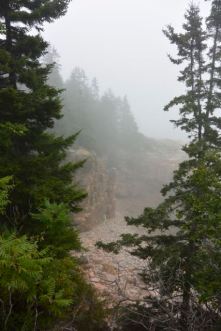 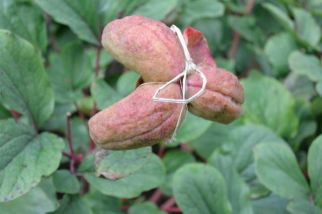 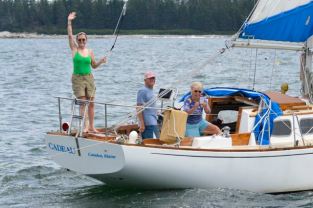 One more week of dodging and quite frankly we will be relieved to not always be watching the road and instead relaxing and sailing as it should be. 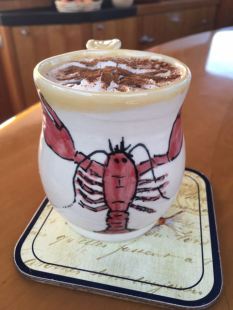 4 thoughts on “Jellybeans, and TRAPS!”